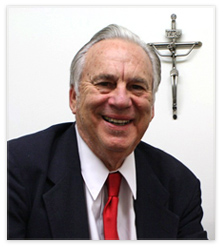 The Olivet School of Media and Communication (OSMC) welcomes your interest in our program. I trust you will find what you seek in an educational opportunity here. The Lord’s spirit abounds on the Olivet campus, and we would love to have you join us.

OSMC offers a young program that is exciting and focused on preparing you to use journalistic skills to further the expansion of God’s kingdom on earth. In addition to the skills of reporting, writing, and editing, we also offer coursework designed to put journalism into a larger context.

Courses such as the History of Journalism, Journalism Law & Ethics, Mass Media and Cultures, and Media Management help in doing this.

Mass media is undergoing huge changes to embrace the new media technologies of the Internet that have given us the tools of blogging and a new kind of “citizen journalism,” which has the capability of putting the power of the press into more and more hands. The media has become more democratized than ever before, and anyone with a blog can harness the power of the press, while anyone with a cellular phone camera can become a photojournalist. But integrating these new technologies into journalism in a way that upholds the values of objectivity, fairness, and balance, is not an easy task. Nevertheless, it is a mission all news media are on today, and OSMC is on that same mission.

We hope you will look us over and trust you will like what you see. We would love to talk with you more about our program!

Dr. David James Randolph graduated with a Ph.D. from Boston University and received his Master of Divinity from Drew University. He has a lifelong career in education and pastoral ministry, and he is also a speaker and writer.

Since 2004, Dr. Randolph has been hosting the New Way Media and Art Festival in the San Francisco Bay Area,  one of the first festivals to feature New Media. His work has been featured on the NBC “Today Show,” CBS “In Our Time,” the National Radio Pulpit on NBC, The New York Times, and numerous other media.

Dr. Randolph seeks to bridge church and society through his work and life.  As a scholar, he marched with Dr. Martin Luther King Jr. in the civil rights movement. He was a member of the first interfaith delegation to be officially invited to China after the Cultural Revolution whose optimistic report encouraged unprecedented dialogue and activity.

Dr. Randolph has published numerous books and articles. One of the notable works is the “On The Way After 9/11” series, a four-volume creative response to the issues related to the September 11, 2001 events.